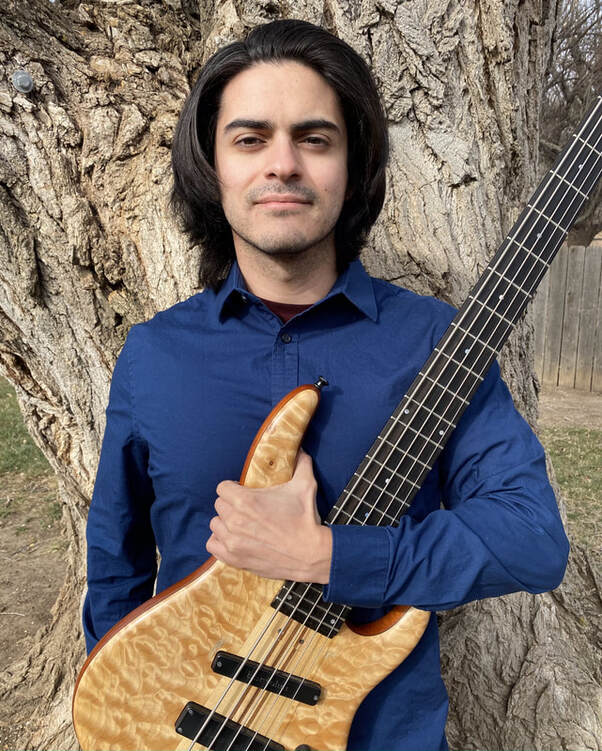 ​Alec immerses himself in music everyday, whether by listening, practicing, performing or, teaching. Music plays a crucial role in his life. His music education began in first grade with choir class which he consistently took every academic year (minus freshman year of high school) until freshman year of college. The first instrument he learned to play was the trumpet, which he performed in school concerts from 5th-8th grade. It was then that the foundations of learning to read music were laid. At 13, he began to learn electric and acoustic guitar from his grandfather who was a casual player. He became proficient enough to play in the Saturday night worship band at his church.

At age 14, he started taking private guitar lessons, which he continued throughout high school.  During that time, he began playing with a fellow talented guitarist, which lead him to learn the bass guitar. Together, they played at open mics and  attempted to start a band, with various drummers. Through this process, he gained experience performing with others and enhanced his playing skills. However, it wasn't until college that his musicality really grew.

Alec auditioned for, and was awarded a place in the Butler Headliners show choir group.  Butler County Community College offered him a vocal scholarship, and later an instrumental scholarship. He sang in the Concert Choir, and devoted himself to learning the choreography for the choirs. He became completely surrounded with music every day.

The different ensembles required required lots of traveling to perform and compete. He played electric bass in show band, jazz band, and the school's production of the musical Godspell. If he wasn't in class, Alec was in the music building, practicing or creating music with other students. During this time, he started playing bass in a worship band which is his now an important member of. He graduated from Butler with an Associate Degree in Music Arts.

His experience while attending BCCC provided the necessary education and skillset not only to perform but also to carry himself as a professional in the world of working musicians. With this acquired knowledge, performance experience and professionalism, he obtained performance opportunities at weddings, in jazz ensembles, and session work at The Brick House Studios in Wichita. He played bass on eleven songs for the album "Iridescent" featuring Mere Immortals.  He officially started he band and publishing company: King's Wit in December of 2020. Their latest album, It's Time is on all streaming platforms and Youtube. Alec works tirelessly to achieve his musical goals and will work to help you do the same.