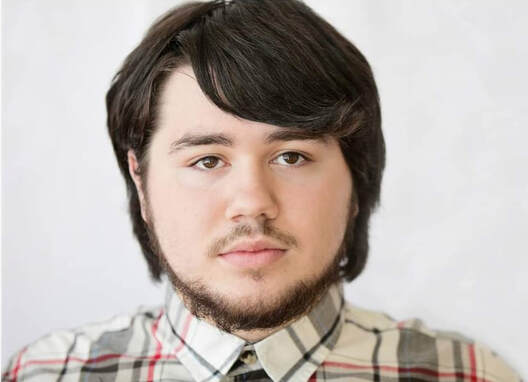 D'Angelo began his musical journey at the age of 7 when he received his very first guitar. He practiced constantly to keep up with his grandfather who was a hard rock guitarist. He fell in love with singing soon after that and began to expand his horizons.

D'Angelo got his start as a young vocal recitalist and student at Music and Arts Institute in Independence, Missouri. While there, he worked with Noel Fulkerson, Ayron Hyatt, and Cynthia Tiller. He also attended masterclasses with Lindsey McKee, Michael Sylvester, and Andrew Lunsford.

Throughout Highschool, D'Angelo played numerous musical theatre roles and had opportunities to perform various recitals in Kansas City. As the winner of the 2018 Kc Chapter NATS competition, he made Bel Canto technique his main focus. He was chosen by Andrea Ramsey for the 2016 SWACDA men's Choir performances to be a two-time soloist, and consistently received "1's" for Missouri State Contests.

In 2018, D'Angelo played the role of Lippo Fiorentino in WSU's production of Street Scene by Kurt Weill, L'Arithmetic in L'enfant et les sortilèges by Maurice Ravel, and Guccio in Gianni Schicchi by Giacomo Puccini.

D'Angelo loves teaching, and emphasizes the importance of fun in practice, and singing music that speaks to his students. Although trained for Opera, healthy singing is healthy singing and he can teach pop, rock, soul, blues, and even metal stylings!